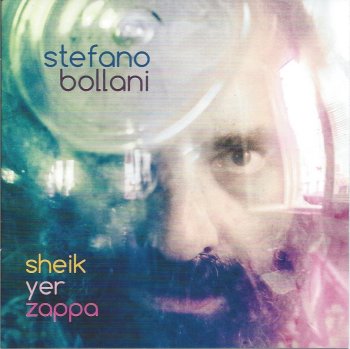 I saw Stefano Bollani and his band in concert a couple of years ago. Performing Zappa. They played six or seven clubs in Italy and one in Belgium. The Belgium club was located in Antwerp and was called 'De Roma'.
I'm still wondering if the promotor had booked the gig at 'De Roma' because he thought that it was in Italy as well...

Anyway, I thought it was about two years ago, but the booklet says that Stefano's "Sheik Yer Zappa" tour took place in 2011 already.
Stefano Bollani on piano, the fabulous Jason Adasiewicz on vibraphone, Josh Roseman on trombone, Larry Grenadier on double bass, and the fascinating Jim Black on drums.

And now there's the album. Nine compositions, six of which were written by Frank Zappa.
Recorded on the 2011 tour.
Fabulous.

Essential listening for every Zappa fan.