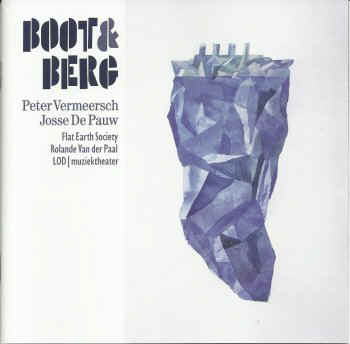 Written by Peter Vermeersch and performed by Flat Earth Society plus Josse De Pauw (reciter) and Rolande Van Der Paal (soprano).
The play tells the story of the Titanic and the iceberg. How they were made for each other. How they longed for each other.
The tale ends with the iceberg that melts. Another unthinkable, unimaginable event...

A great story and beautiful music.

"Boot & Berg" has been released by Igloo Records both as a seperate album and as part of the FES XLS box (two new Flat Earth Society albums and one X-Legged Sally compilation album).