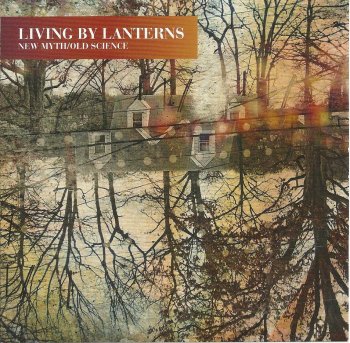 On his website, Mike Reed says:
"In the winter I was commissioned by the Experimental Sound Studio to create a performance that in some way used or was inspired by material contained in the 700 hours of the Sun Ra/El Saturn Audio Collection. This audio archive is a vast assortment of rehearsal tapes, masters, live recordings, speeches and poetry left behind by Sun Ra and manager Alton Abraham. Although an interesting proposition I was reluctant to dive into it since my working band People, Places & Things has gained much of it's success dealing with re-inventing and positioning the obscure Chicago hard bop scene circa 1954-60. With that in mind I wasn't interested in developing a reputation for re-igniting the past.

After some thinking and discussions with collaborator Jason Adasiewicz I came up with the notion of forming a large group to perform this project AND to specifically enlist his talents to accomplish the task. The first step in the process was to completely dismiss the idea of commenting or honoring Sun Ra. Neither one of us are fanatics and there's not much more anyone is going to add to the discussion of the man and the legend. The more interesting idea was of creating new music using someone's un-finished, un-wanted and abandoned material. In my mind it doesn't matter who's tapes these are, it's just source material , in this case it happens to be Sun Ra."

I'm a fan of Mike Reed's People, Places and Things ensemble in which he investigates the 1950's Chicago jazz scene. I have also seen Jason Adasiewicz in concert a couple of times already, most recently with Swedish Azz and I have to say that I like what he does.

Out on Cuneiform Records : http://www.cuneiformrecords.com/