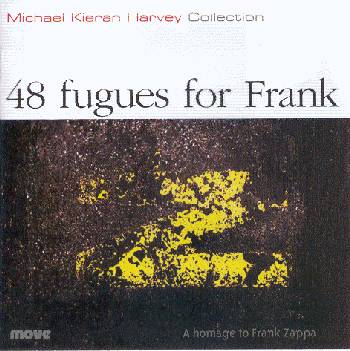 Last year, he composed "48 Fugues For Frank" as a hommage to the life and work of Frank Zappa. It was premiered during the "Mona Foma Festival of Music and Art 2010" (curated by Brian Ritchie) at the Tasmanian Museum and Art Gallery, The Bond Store in Hobart on 13, 14, 15, 16 and 17 January 2010.

March 2010, the pieces got recorded at the Move Records studio. They got released on CD later the same year.

This is not the easiest album to find. It took me quite some time to track it down after I had read Andrew's (Idiot Bastard) review. To be honest, I do like the album, but I wouldn't be able to tell where to find the Zappa influences...