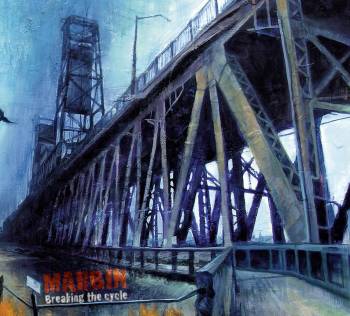 In 2008 they relocated to Chicago and released their eponymous debut album. Shortly thereafter they took part in the recording of Paul Wertico's "Impressions Of A City" album, a release that got a lot of media attention. And now there's "Breaking The Cycle", the second Marbin CD.

"Breaking The Cycle" is an excellent album. The combination of impressive musicianship and beautiful, melodic compositions is stunning: great melodies and great improvisations. It's like they have never done anything else. I love it.

On this latest release, Marbin has transformed into a quartet with Steve Rodby on bass, and with Paul Wertico on drums. Especially Paul Wertico's contribution is remarkable. His drumming takes you from the jungle to Tom Waits' shed, and back.

Check out the band's MySpace site for samples. http://www.myspace.com/marbinmusic