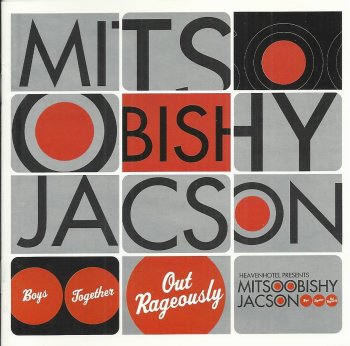 Here's more musical madness from Belgium. The Mitsoobishy Jacson project started in 1996.
At the time, Mauro Pawlowski and Peter Houben each had their own band. Mauro had Evil Superstars, and Peter Houben had Nemo. In 1996, they joined forces and released "Nougat In Koblenz" as Mitsoobishy Jacson.
Three years later, Pascal Deweze (Metal Molly) and Guy Van Nueten (The Sands) joined the band and the quartet released "Boys Together Out Rageously".
(Not to be confused with Girls Together Outrageously, the Frank Zappa project from 1969.)