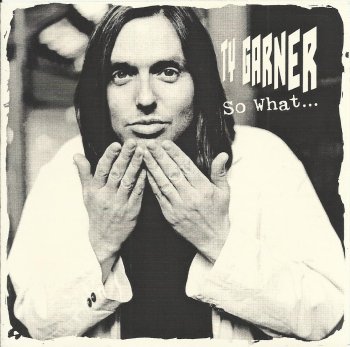 Guitarist Ty Garner released "So What" in 1999. The liner notes of the CDR-release mentions that the album collects various line-ups and out-takes from 1996 to 1999.
The disc presents three original compositions and a bunch of coverversions, including Frank Zappa's 'Sexual harassment In The Workplace'.

Rhythm and blues.
Food for guitar freaks.
Here's samples from his latest album :