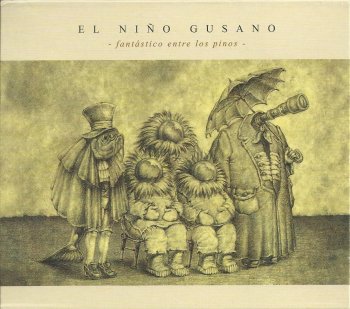 My search for bands that perform, recorded and / or released music of Frank Zappa made me discover another fine album.
Around 1997, El Niño Gusano contributed their version of FZ's 'Baby Snakes' to Hall Of Fame's "Unmatched" Spanish Zappa tribute series.
The track can, however, also be found on their "Fantástico Entre Los Pinos" an excellent album from 2000.
Pop music, but with some psychedelic spices.