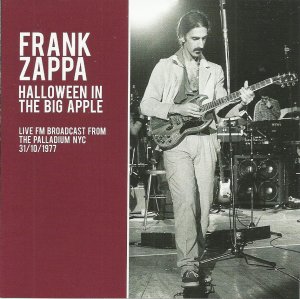 Sutra records released a part of Frank Zappa's October 31, 1977 concert at the Palladium.
A great band, doing a great concert.
Taken from a radio broadcast; unauthorised by the Zappa Family Trust.

Maybe, next to "Joe's Corsage", "Joe's Camouflage", etceteras,  the ZFT should start a "Joe's Radio Shows" collection, releasing all of these FM-broadcasts themselves.
And if they don't have or can't get the original tapes, I'm sure the Zappateers would like to help them out.