"Closure" consists of one tape of live concert and behind-the-scenes footage from the Self-Destruct tour and one tape of music videos. The first cassette's additional footage highlights the backstage antics by Nine Inch Nails and their tour guests: Marilyn Manson, Jim Rose Circus and David Bowie. It also contains a backstage fragment where the band is singing along with Zappa's 'Broken Hearts Are For Assholes'.

In 2006, a digital and expanded copy of "Closure" was leaked to the internet and was made available through bittorrent sites, youtube and vimeo. It did, eventually, get an unofficial, bootleg DVD release (in South America).


Data of this VHS- and DVD-bootleg release were added to the United Mutations Archives.
Here's the cover artwork: 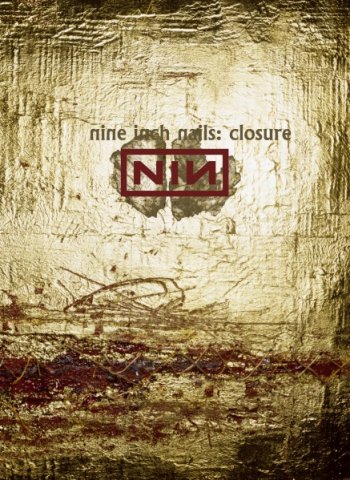