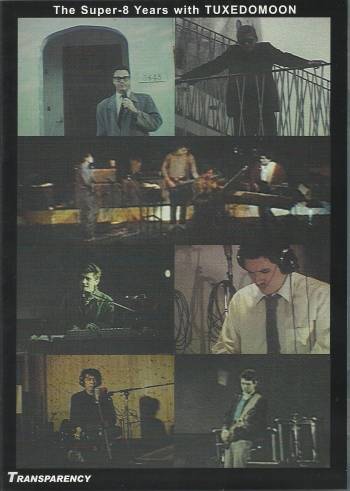 Experimental rock band Tuxedomoon started in San Francisco in 1977. A couple of years later, they released their first album on Ralph Records, the label that you should know from you Residents History.
In the early eighties, the band moved to Brussels where Luc van Lieshout joined the band.

"The Super-8 Years" is a 30-minute collection of little movies that gives a impressionistic impression of what Tuxedomoon was about. It got released by the Transparency label in 2006.

Tuxedomoon is still around but the band has never escaped the cult-status.
Here's a live snippet from a couple of years ago.