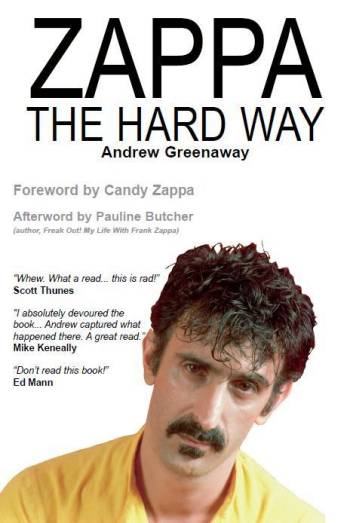 "Zappa The Hard Way", Andrew Greenaway's essential book on the what and why of Frank Zappa's 1988 tour, has been made available as a paperback.
FZ's 1988 tour not only was Zappa's final tour, it also was an exceptional tour musicwise. Superb horn arrangements of classic Zappa tunes; fun with Beatles songs, and much, much more.
The book made me go back to a couple of Zappa albums (and concert recordings) that I hadn't listened to in a while.

Featuring new interviews with the surviving band members, a Foreword by Frank’s sister Candy, and an Afterword by his former secretary, Pauline Butcher (who interviewed Frank during the tour) - this is a must-read not only for Zappa fans but for anyone with an interest in playground psychology.