Ozit Records releases another Beefheart album.
Here's the story behind it: 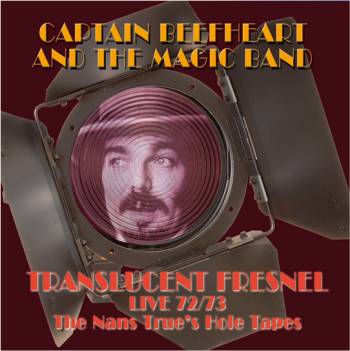 From the late 1960s through to 1980, John Peel collected tapes of recordings of Captain Beefheart’s live shows, particularly ones made in the UK. During a tidy-up at Nan True’s Hole in 2003, he discovered around six large reels of tape containing many of Beefheart’s live UK performances and sent them on to Ozit Morpheus Records for sorting out and release on the Dandelion imprint.

Here is Volume 1 of material from those tapes. Like all Beefheart live tracks, they are chaotic, erratic and yet charming. Because of the age of the material and sometimes crude recording techniques originally used there is the odd glitch in the recordings, but rather than trying and digitally repairing the sound, we're bringing it to you exactly as it came off the tapes, warts and all, but full of Beefheartian energy. Volume 1 contains songs mainly from the Clearspot era tour of the UK.