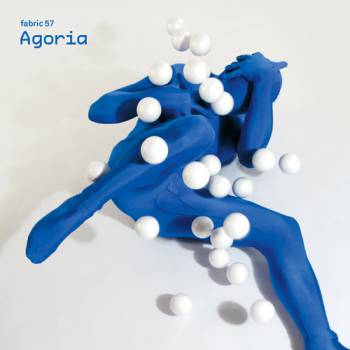 On "Fabric 57", French DJ and producer Agoria remixed Sun Ra's 'Somebody Else's Idea'. Actually, this is a techno album, so it's just the same pulsing beat that goes on for about one hour, with samples that have been inserted. One of these samples is the Arkestra / June Tyson chanting 'Somebody Else's Idea'...
I'm not really impressed.

from the FabricLondon website, march 2011:
Sébastien Devaud, aka Agoria, has been an internationally recognised producer for some 10 years, ever since his break-through single 'La Onzième Marche' and subsequent album 'Blossom' transported the young Lyon based DJ/producer into the global limelight. Now as an established artist and DJ he co-runs the electronic music label InFiné, helped to establish Nuits Sonores, (an ambitious electronic and indie event that takes place all over the city of Lyon every Spring) and now stands tall on the praise for his recently released and highly lauded third studio album 'Impermanence'. Now to cap it all off, he unveils fabric 57: a DJ mix that takes us on a techno journey as seen through the unique full spectrum kaleidoscope of this ever surprising artist.

Get lost in fabric 57: Agoria from Fabric London on Vimeo.