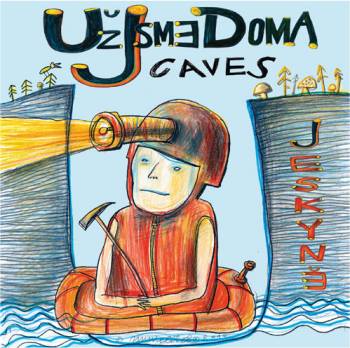 Už Jsme Doma is a progressive rock band from the Czech Republic.
The band was founded around 1985, but was considered illegel by the communist government, much like The Plastic People Of The Universe.
This ended in 1990 with the velvet revolution. From then on, the band was able to perform and started releasing records.

In 1995, the band backed The Residents for a series of 20 performances of the Freak Show theater piece in Prague.
And now, the Cuneiform record label is releasing Už Jsme Doma's latest album.

"Jeskyne", or "Cages", sounds great. The band succeeds in making a perfect mixture of progressive and experimental rock music.
The lyrics are in the Czech language, but the booklet presents an english translation.
Nice. Very nice.

An exceptional album in a beautiful package !
Recommended listening!