The fifth installment of the Zappa Union festival, although only one day, has an extraordinary suprise.
The Band From Utopia will feature special guest Lisa Popeil.

Lisa, as you might know, is a voice coach and singer who performed with the Zappa band in Santa Monica in 1981. The performance got documented on FZ's "Ship Arriving Too Late" and on one of the "Stage" albums.
She released a solo album in 1983 (featuring Steve Vai on guitar ) and, in more recent years, recorded with Weird Al Yankovic. 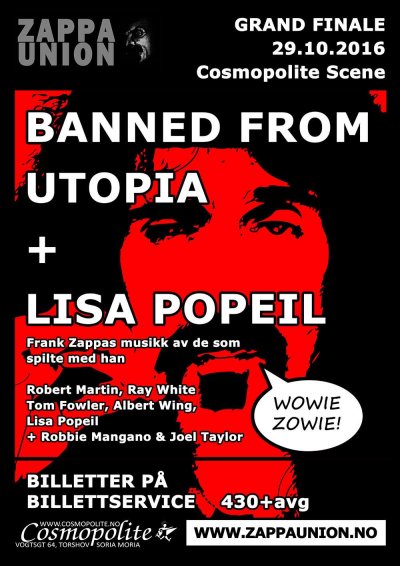 Email ThisBlogThis!Share to TwitterShare to FacebookShare to Pinterest
Labels: lisa popeil, others of invention, zappa