THE WRONG OBJECT - LIVE AT ZAPPANALE 2008 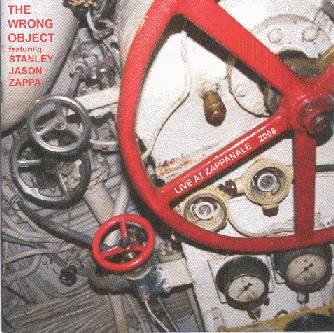 August 2008, The Wrong Object performed a memorable concert at Zappanale. The band had played the Bad Doberan festival before in 2004 but had ondergone some major changes in the line-up.

The set was great.
It included a number of originals, a couple of fine Zappa tunes and some free jazz experiments (the part where Stanley Jason Zappa and Nick Skrowaczewski joined the band).

The good news is that this concert has been made available on CD. "Live At Zappanale 2008" is out on Fazzul records, Markus Stauss' label.
If you were there in 2008, you know that you'll want to have this.
If you weren't, here's the opportunity to hear what you missed.

A fine recording of a great concert in a beautiful package.
Essential stuff.