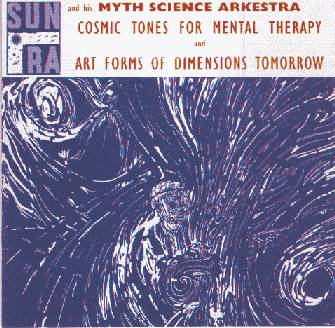 In 1992, the Evidence record label released nine Sun Ra albums. The entire series were reissues of early "Saturn" releases, the Saturn label being Sun Ra's private record label.
"Cosmic Tones / Art Forms" is in fact the sum of "Cosmic Tones For Mental Therapy" and "Art Forms Of Dimensions Tomorrow". Both of these were originally released in the early sixties.