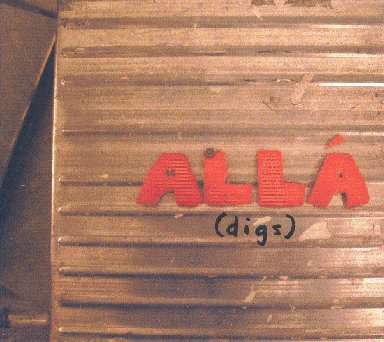 Listening to bands that have covered a Residents tune has never dissapointed me. The same goes for this new mini-album by Allá.
"(Digs)" presents six tracks:

I'm all in favour of artists recording a set of their favourite songs. In the Allá case, the result is a nice mixture of great songs, and an impressive bunch of coverversions !!