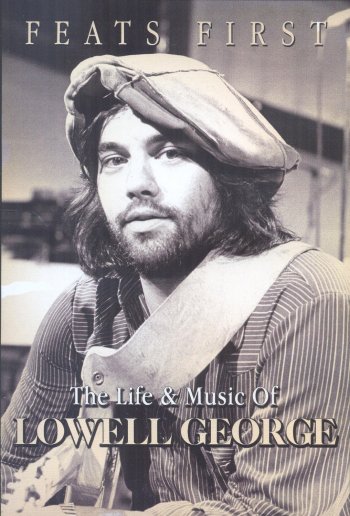 "Feats First" is a documentary on the life and music of Lowell George.
Out on DVD.

Lowell George first encountered Frank Zappa, as youngsters, when they appeared on the Al Jarvis Talent Show on KLAC-TV - George performing on harmonica in a duo with his brother and Zappa giving a puppet performance. Neither won.

In the mid 1960's George joined The Factory along with school friend Martin Kibbee. In 1966/1967, they made some demos with Zappa as producer. While the other members of The Factory evolved into Fraternity Of Man George joined The Standells as lead vocalist. The Standells had enjoyed some success during 1966 and 1967; appearing in, and providing the theme song for the film Riot On Sunset Strip, but by now were waning and George only stayed with them for a couple of months.

He then joined up with Fraternity Of Man, who now had Elliot Ingber on guitar, and contributed to their second album produced by Tom Wilson.

November 1968, George was hired by Zappa to replace Ray Collins. He recorded and toured with Zappa and The Mothers until May 1969.
He started Little Feat shortly thereafter.