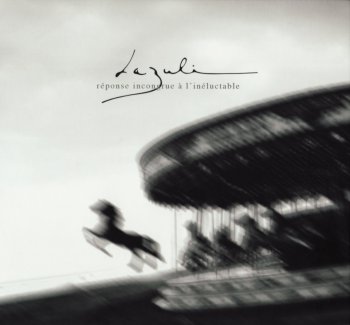 Here's another fine album by Lazuli. (You should be able to tell by now that I was really impressed by the Lazuli concert at Zappanale.)
"Réponse Incongrue à l'Inéluctable" got released in 2009 and it was the band's fourth release.
The title might be translated into something like "a inapropriate (or bizarre) response to the inevitable" and it fits the package. One of the most impressive pieces on this disc is "On Nous Ment Comme On Respire" (They Lie To Us Like They Breathe) about global warming, pollution and G8. And it's not just a strong message, the song is very powerful as well: a great rock song with eastern influences, samples and a children choir.
Actually, the entire album is very good. I've been giving it a couple of spins that last couple of days, and it asks for more.

Here's 'On Nous Ment', Live in Montreux, from a little while ago.