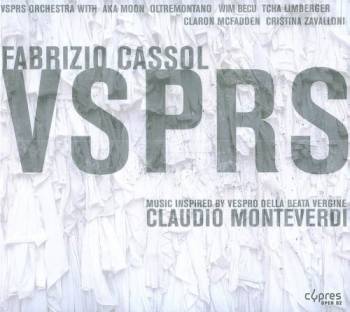 The result was called "Vsprs" and was used for the performance by the Les Ballets C. de le B. dance group.

For the live performance of the music, Fabrizio joined Aka Moon with a baroque ensemble, a gypsy duo and some classical singers.

The album presents a studio recording of the music.
Astonishing.
Data have been added to the United Mutations Archives.

At the time, the performance also made belgian national tv.