CABALLERO REYNALDO AT THE NEXT ZAPPANALE

Luis G. is the driving force behind Hall Of Fame Records (http://www.halloffame.es/Home.html). The Hall Of Fame label is the home of a bunch of fine artists like Teddy Baxter, Pando, Little Fish, Crosstown Traffic, and Luis G.'s alter ego Caballero Reynaldo. The very same label is also responsible for one of the finest Zappa tributes around: the Unmatched CD series.
As Caballero Reynaldo is scheduled to perform at the upcoming Zappanale festival, the time was right for a couple of questions. 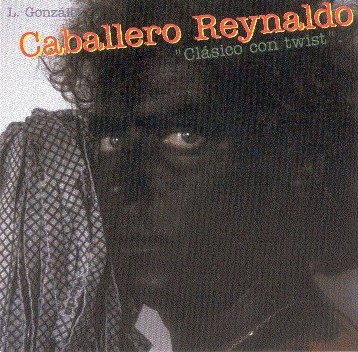 UniMuta: Hello Luis, I am pretty sure that you have heard of the Zappanale festival before. Have you ever visited it?

Luis G.: Nope, never been to the Zappanale before. I am a Festival newbie.

UniMuta: You are scheduled to perform three times at the festival: friday, saturday and sunday. Will these performances be different? What should we expect?

Luis G.: Yes, It's my first time and I will perform three times. We Spaniards are this tough.
My idea is to mix the Spanish and English versions in each show. I mean, in one of them we will play "Goblin Girl" in Spanish and in English in the next one. The tracklists will also be different in each one. As we have material for up to two hours we will play with the different tracks and languages in order to make three quite different shows although, as you know, country music always sounds the same!
I am about to release two new Unmatched records, one in English and one in Spanish, and it would be great to have the world premiere at the Festival and have the CD's available, provided I manage to finish them by then.

UniMuta: Talking about your Hall Of Fame record label, and of the superb Unmatched series, one of the albums that you released was by The Filthy Habits Ensemble. Can you tell us a bit about this band?

Luis G.: They are musicians that come from very different music genres: Jazz, rock, prog. They all are very skilled performers and their selection of Zappa material is of the highest difficulty and they play it perfectly. A very nice and professional bunch.

UniMuta: You have probably seen the Zappanale program. Are there bands that you absolutely want to see?

Luis G.: Well, I don't know many of them in detail but I am really excited to see the Ensemble Ambrosius. In my opinion their Zappa Album is the best cover record ever made. I also find Lebocal very interesting, and watching David Allen and Ponty will be fantastic.

UniMuta: thank you & see you at Zappanale!
Caballero Reynaldo will be performing on Friday, Saturday and Sunday at the Zappanale Festival. He'll be playing at the mainstage, and on the truckstage, so be sure to check the program as you have to check him out !
The Filthy Habits Ensemble will be performing on Sunday afternoon. Keep an eye out for them as well.