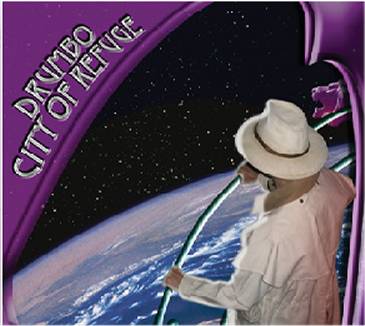 John French worked, toured and recorded with Captain Beefheart from the early years (1967) until Beefheart's "Doc At The Radar Station" (1978) album. The fact that he was also an important factor in how Don Van Vliet ideas and thoughts were to be translated and transcribed into music is still highly underrated.

During the late 80's John did two impressive progressive / experimental rock albums with Fred Frith, Henry Kaiser and Richard Thompson.
In 1995, he released his first solo album "Waiting On The Flame", followed by the Japanese-only "O Solo Drumbo" (a solo drum album !!) album in 1998.

In 2002, John was asked to put The Magic Band back together for a couple of shows. In the end, and not without any troubles, this evolved into more gigs and even some touring, the result of which can be heard and seen on two CDs and one DVD.

"City Of Refuge", John's latest album, links perfectly to the Magic Band project and to his early Beefheart days. For one, it's 'Drumbo' and not John French who made the album, and second, as he states on the sleeve notes: "I have returned to my roots."

It was 2004 when Malcom Mills of Proper Records learned that John French had been writing original material. He asked if he could hear some of it, and was impressed.
With the aid of Zoot Horn Rollo (Bill Harkleroad), Rockette Morton (Mark Boston), Ella Guru (Greg Davidson) and John Thomas, John French was able to have the music performed as he wanted it.The result is fantastic.

From the first note of 'Bogeyman', the music has the unmistakable sound of Drumbo's drumming. Zoot Horn Rollo's guitar on the left and Ella Guru's guitar on the right make it all sound like the pumping Magic Band blues train we all love so much.

Great songs, fine arrangements and superb performances. I've played the albums two times in a row, and I'm pretty sure that I'll be playing it a lot more in the near future.