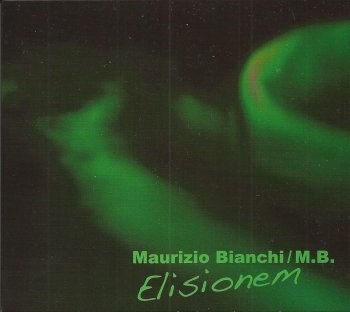 Some 35 years ago, I used to listen to this weekly Dutch VPRO radio show with experimental, electronic and noise music. Can't remember what it was called. It also had a newsletter that got sent out (on paper!) every month.
Maurizio Bianchi might have been on that radio show as he is an Italian pioneer of electronic music.
Check out the Maurzio Bianchi wikipedia entry to find out more:
http://en.wikipedia.org/wiki/Maurizio_Bianchi

"Elisionem" got released in 2006 by the Klang Galerie label, in a limited edition of 500 copies.
The liner notes have some nice things to say about what 'elisionem' means.
'The 'elision' in the traditional music is a coercive and systematic dispositive necessary to assimilate two syllabic notes in one only. The 'elisionem', in the avant-gardist branch, is a sound absorbent course used amalgamate various sonorous elements into one. The main purpose is to generate an eclectic and axiomatic damping of the electroacoustic particles in order to proportion the achromatic fulfilment of modern concretism. And the final effect is phonographically disarming... psycho-acoustic de-modulations for the current initiates.'